Home » Legal Alert: Plan Design and Considerations Based on Section 1557 of the ACA and the Civil Rights Act of 1964 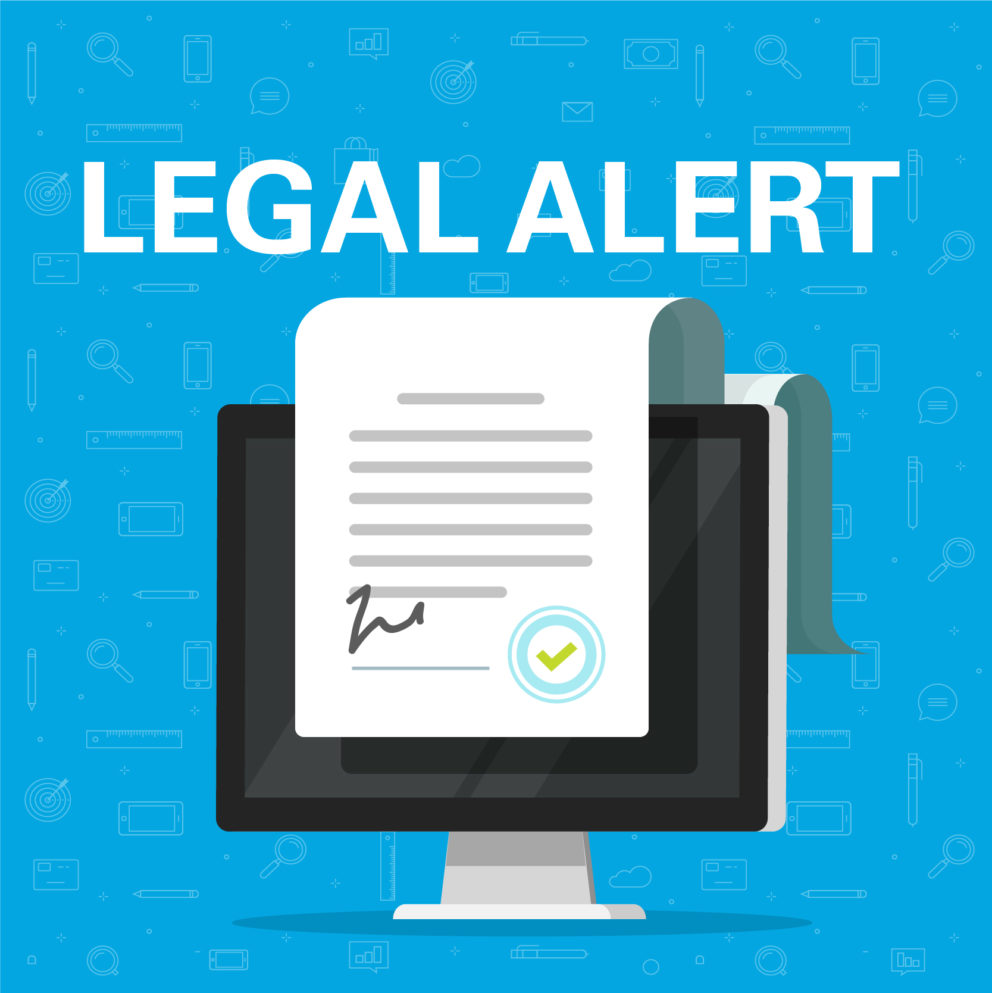 Employers that sponsor group health plans have many regulations to consider in their plan design choices, including nondiscrimination regulations. One of the newest sources of nondiscrimination rules is Section 1557 of the Patient Protection and Affordable Care Act (ACA). Employers also have to consider overarching laws and regulations that impact both their employment practices and their group health plans, such as the Civil Rights Act of 1964.

In recent years disparate treatment on the basis of sex, particularly gender identity and sexual orientation, has been a hotbed of discussion and litigation. Adding additional confusion has been shifts in interpretations and enforcement of Section 1557 between the last three presidential administrations.

Employers should be sure to consider the impact of both Section 1557, and the Civil Rights Act of 1964 as they make benefit plan design choices, as well as in developing overall employment practices.

The Civil Rights Act of 1964 is an important law that is both a civil rights and labor law and on its basic level outlaws discrimination on the basis or race, color, religion, sex, or national origin. More specifically under Title VII, which governs equal employment opportunity, it is unlawful for an employer to fail or refuse to hire or to discharge any individual, or otherwise to discriminate against any individual with respect to his compensation, terms, conditions, or privileges of employment for any of the basis of race, color, religion, sex, or national origin.

The heart of the most recent Supreme Court ruling on Title VII in Bostock v. Clayton County was an employee’s “sex” included an employee’s sexual orientation or gender identity, therefore, protecting an employee from termination (or being hired) because they were gay or transgender.

The Supreme Court’s ruling answered that question by definitively stating “[a]n employer who fires an individual for being homosexual or transgender fires that person for traits or actions it would not have questioned in members of a different sex. Sex plays a necessary and undisguisable role in the decision, exactly what Title VII forbids.” The Supreme Court made clear that under the Civil Rights Act “sex” includes gender identity and sexual orientation.

Although Bostock v. Clayton County was specifically focused on hiring and termination of LGBTQ individuals it may have implications for employee benefits, a fringe benefit program because receipt of benefits under fringe benefit programs, also are protected under Title VII from discriminatory practices and decisions. In light of this Supreme Court decision, employers sponsoring group health plans may want to review their benefit plans to assess whether coverage discriminates on the basis of sex, for instance:

If an employer discovers their plans may be viewed as discriminatory or they prefer not to implement coverage changes impacting LGBTQ participants (i.e. cover gender dysphoria and related services), or have a self-funded plan currently with a blanket exclusion, they should seek legal advice. These exclusions are likely to now be challenged under this new Supreme Court precedent. The Supreme Court has unequivocally stated that under Title VII, sex does include sexual orientation or gender identity and discrimination on the basis of sex under employment law is not permissible. That includes benefits, they are a term & condition of employment.

Section 1557 of the ACA provides that individuals should not be excluded from participation in, denied the benefits of, or be subjected to discrimination under any health program or activity which receives federal financial assistance from HHS, on the basis of race color, national origin, sex, age or disability. Since the inception of the rule, there has been various debate and change over who this rule applies to. Initially, the rule applied to all “covered entities” which included a broad range of health care providers, employers, and facilities, including pharmacies, health insurers laboratories, universities, medical groups, and more. As a result of these rules, sponsors of fully insured health plans were not permitted to “carve-out” or deny coverage for certain medical treatments relating to the treatment of gender dysphoria or gender reassignment, as well as pregnancy (such as pregnancy termination). The rules were less clear for sponsors of self-funded plans when the plan sponsor was not a “covered entity” although in its original form from 2016, it appeared that if a self-funded health plan denied or carved out these services the third-party administrator was responsible for reporting these terms to HHS which could eventually lead to an investigation by the Office of Civil Rights.

In June of 2020, HHS released its Final Rule under Section 1557 of the Affordable Care Act which, among other things, modifies the regulation issued by HHS in May 2016 HHS in May 2016 (“2016 Rules”). The 2016 Rules had been subject to significant litigation and in 2020 HHS stated the new rules were intended to, “better comply with the mandates of Congress…reduce confusion…and clarify the scope of Section 1557 in keeping with pre-existing civil rights statutes and regulations prohibiting discrimination on the basis of race, color, national origin, sex, age, and disability.” These rules narrowed the definition of a “covered entity” and clarified that HHS only had enforcement authority over:

To address the elimination of termination of pregnancy, the Final Rule included the following provisions:

In May of 2021 HHS issued a Notification of Interpretation and Enforcement of Section 1557 of the Affordable Care Act and Title IX of the Education Amendments of 1972 stating that consistent with the Supreme Court opinion in Bostock HHS would begin to interpret “on the basis of sex” to include 1. discrimination on the basis of sexual orientation; and 2. discrimination on the basis of gender identity. Furthermore, the Department of Justice told a court in May of 2021 that the Biden administration intends to issue a proposed rule around Section 1557 through the Office of Civil Rights and HHS.

If an employer discovers their plans may be viewed as discriminatory or they prefer not to implement coverage changes impacting pregnant or LGBTQ participants (i.e. cover pregnancy termination or gender dysphoria and related services), or have a self-funded plan currently with a blanket exclusion, they should seek legal advice. These exclusions are likely to be under scrutiny and have the potential to cause serious disruption to the employer should a regulatory agency issue new guidance that requires a fast compliance time frame and could have the potential to trigger regulatory oversight in the future.

This document was authored by the Alera Group Compliance team. Alera Group based in Deerfield, IL serves thousands of clients nationally in employee benefits, property and casualty, risk management and wealth management. Alera Group is the 15th largest independent insurance agency in the country. The information provided in this alert is not, is not intended to be, and shall not be construed to be, either the provision of legal advice or an offer to provide legal services, nor does it necessarily reflect the opinions of the agency, our lawyers or our clients. This is not legal advice. No client-lawyer relationship between you and our lawyers is or may be created by your use of this information. Rather, the content is intended as a general overview of the subject matter covered. Those reading this alert are encouraged to seek direct counsel on legal questions. © 2021 Alera Group Inc. All Rights Reserved.

Latest News/Insights Legal Alert: Requiring, Incentivizing or Asking About Employees’ COVID-19 Vaccine Status Jun 09, 2021 As the United States continues to fight against the spread of COVID-19, vaccinations of the most high-risk Americans have begun. To date, there are three vaccines, one from Moderna, one from Pfizer, a Read More »
Next Event 11 August The Healthcare Financial Relationship: Where Does the Money Go? 11:00 am CDT Dave Konrad will interview 2 Healthcare Industry Experts for insights on where does the money go? A detailed analysis of the four players in employee healthcare and health insurance: Employer; Register »
Top
Ask a Recruiter 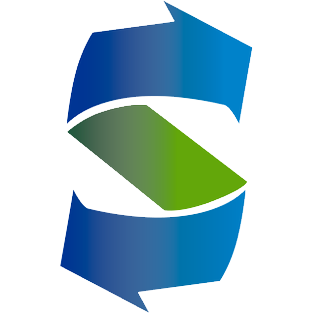